The Orange County/Long Beach Regional office covers the area south of Los Angeles and north of San Diego. With a population of over 4 million people, the region is home to Long Beach—just named the ‘Most Diverse City in America.’ Santa Ana-‘The Most Hispanic City in America, and the world’s largest communities of Vietnamese and Cambodians outside of their home nations. In contrast to the stereotypes depicted in shows like “The OC,” and the “Real Housewives of Orange County,” the region has a rich ethnic, cultural and religious landscape. Our regional office, located in the heart of Orange County and within easy distance of Long Beach is well known for our No Place for Hate education programming, our defense of the region’s Jewish population and our willingness to fight for justice for all people. 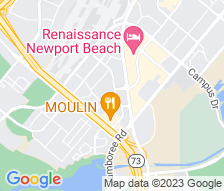